As the two least developed municipalities in the country, Cheshinovo-Obleshevo and Bogdanci were involved in analyzing the conditions in primary schools, which determined the conditions and needs in these schools in terms of infrastructure and technical-technological development.

The action plan was implemented as a result of a comprehensive and extensive analysis of the situation in the schools and their available budget, developed in close cooperation with the representatives of the municipalities, schools and parents of the children studying in the schools.

The main result and realization that has been reached is that there is a lack of funds in the municipalities for the implementation of the necessary investments, which is due to the inappropriate criteria by the higher institutions for the allocation and distribution of financial funds and uneven distribution of funds by schools. In order to improve the infrastructural and technical-technological capacities of the primary schools, action plans were drawn up that contain a detailed time and budget framework for feasible investments in the next two years. 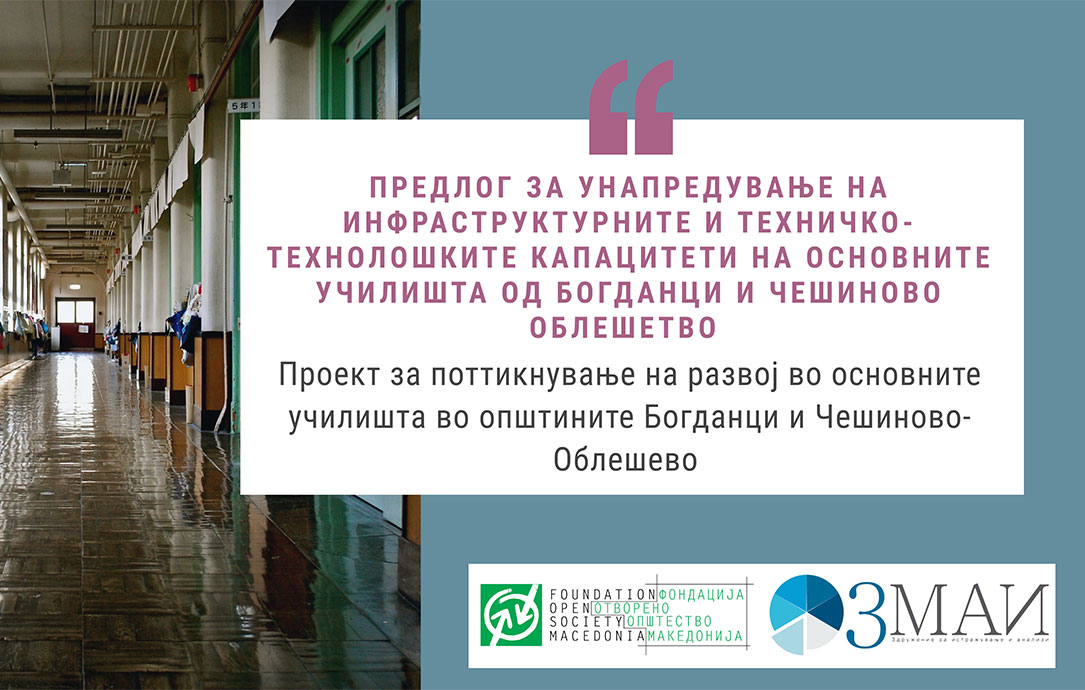